Look, I know I was going to post my September Life Wrap Up, but I didn’t, clearly. I don’t even really know why – I kept pushing it back and back until it was way too late to be posted, I guess?

Ok, let’s get into 2 months worth of life updates and some of my monthly favourites.

September was a great month all-around, both reading and life-wise. I had a lot more free time to just rest, chill and get things done than previous months, but that was probably because I basically quit swimming for an entire month. This month, I was actually really social and I was absolutely loving it. I spent a lot more time with my friend group, who I truly feel are a better fit compared to my previous friend group, if you could even call it that.

I was also incredibly overwhelmed by assignments in September. I’m currently in year 10 (my second year of high school), and the workload has really tripled, especially when compared to the last academic year. It was a little jarring, but since I quit swimming for that time, I had a lot more time to get things done, which was great. I’ve been doing pretty academically well in September, except maths, which I don’t really want to talk about. ‘Twas a trainwreck.

Since October was my birthday month, I was hoping for a pretty good month, which I really didn’t get. Not gonna lie, October was at best a mediocre month, and at worst, really, really sucked. My mental health was terrible in October. I’m gonna be real, I had probably some of the worst breakdowns I ever had in my life in October, especially around the first third of the month.

I also feel like I was a lot less social in October? I did hang out with some friends a couple of times, but when you compare it to October, my social life was ok. Though this may come off as negative, it was still pretty solid.

My reading, if you already read about it, was terrible. I feel like I’m giving a lot of three-stars as of late, which is really not great. I had school holidays, which was fine, I guess? It really wasn’t as great as I was expecting, since I had to do a lot of studying for my semester exams. I also lost a lot of self-motivation in October – I had so many days where I just wanted to laze around and do nothing, even though I had mountains of to-dos that were basically screaming at me.

But a good thing in October! My younger sister came back from boarding school for her school holidays. We’re really close, and since we’ve both been insanely busy, we haven’t gotten much chance to catch up. It wasn’t all sunshine and rainbows, but it was really nice to spend some much-needed quality time with her.

I actually have a playlist (which I won’t include for privacy reasons) for all my favorite songs throughout the year on Spotify. I generally use both my bullet journal and that Spotify playlist to keep track of them. Also, shoutout to Spotify for putting the date added next to the song. It is very much appreciated.

This is not just some monthly favorite I discovered in September/October, but something I think I’ve gradually grown to admire and enjoy. Since minimalism is such a huge topic, I just wanted to talk about minimalism in my bullet journal. I’ve always considered myself a pretty artsy person and I’ve always loved putting in lots of doodles and patterns everywhere. But especially in October, I’ve been leaning towards a more minimal style. I’m not sure if it’s because I lost basically all my motivation in October or what, but I was happy just drawing very minimal spreads with a tiny splash of color. And also, some minimal artists can produce such beautiful things which make me cry I can’t even! Ok, no one cares, next.

Again, I feel like it’s something I’ve been growing to love throughout the year. I’ve always been really driven, a complete workaholic and an utter overachiever. I’m not great at taking time for myself at all, and prioritizing myself and allowing myself to focus more on self-care is great. Also, if you need some self-care ideas, Buzzfeed has a great A-Z self-care article. 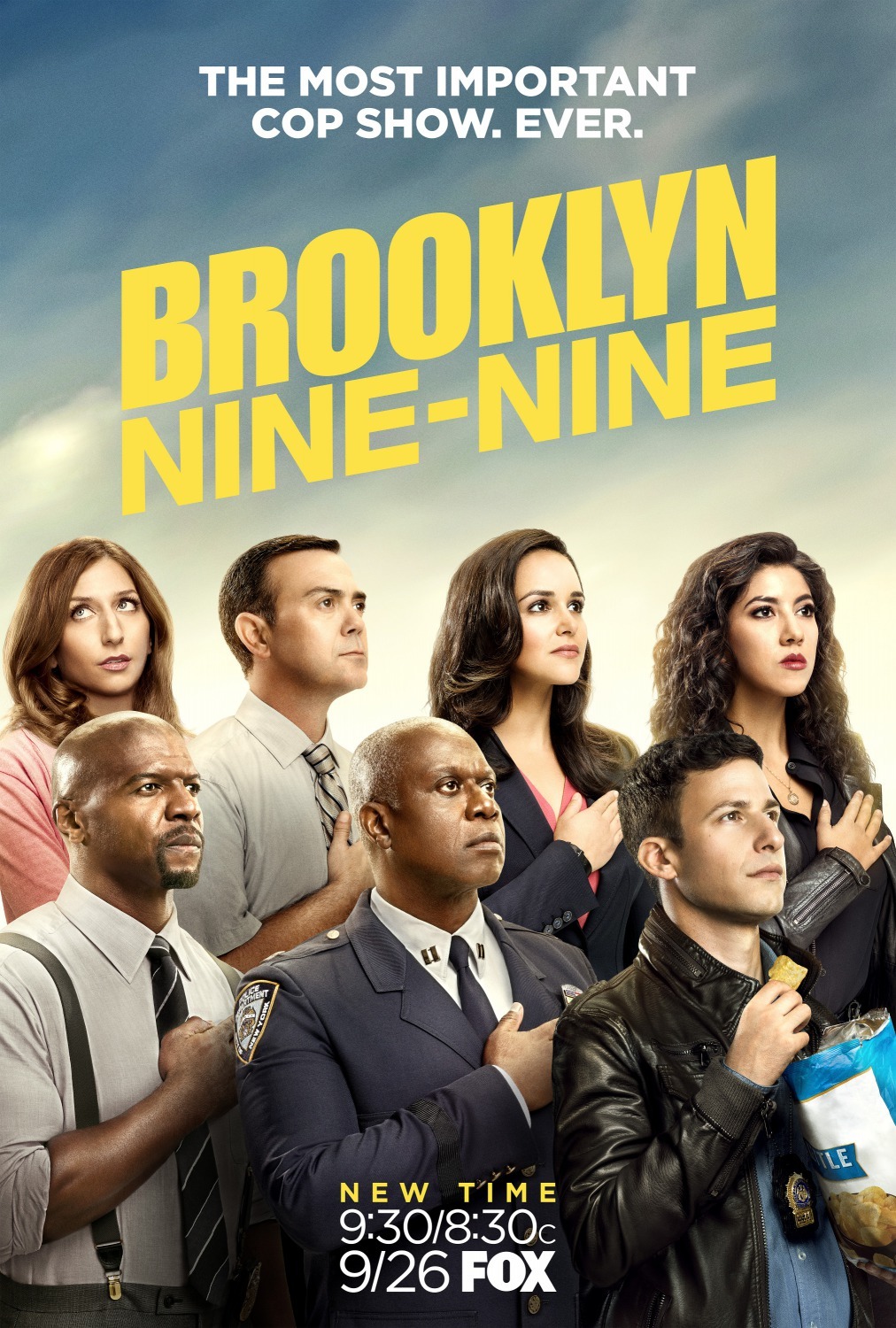 Yes, the title spoils it all. At the beginning of September, I finally succumbed to basically everyone. I kid you not, literally everyone has been recommending/screaming about it. I mean, all you wonderful people here who stan B99, to WSC accounts that I follow on Instagram to all my best friends IRL. You could say it was impossible to avoid the hype.

I heard it was funny. I heard it was amazing. I heard it was a breath of fresh air. And you all could not be more correct. I absolutely devoured this. It took me 40% of the 1st season to truly get into it, but once I was hooked, I was hooked. Every single main character adds to this wonderful dynamic and cannot be replaced. There is so much diversity, but I really wish we had Asian representation in this. It is uproariously hilarious (how can Holt be this funny?)

There are so many great running gags which I love. Also, I found one of my all-time favorite ships in this show. I absolutely cannot wait until Season 6 comes out on NBC (who is already so much better at promoting it than Fox ever was). The funniest thing is that I told myself I would slow down to the point that I would finish Season 5 on December. Clearly, that did not happen, and I have so many regrets. But I also don’t have any regrets? But just please, please watch it.

I actually went to watch this movie twice in cinemas, the first time in September, and the second time in October. This movie means so much to me and is a movie really catered to my tastes. I absolutely love rom-coms, and the fact that this is an all Asian rom-com set in Singapore, with Malaysian actors made by a major American movie production company means the world to me. This was a really fantastic adaptation and I cried at the end the first time I watched it. And this movie was uproariously funny and just absolutely iconic. Even when watching it the second time in theatres, I still died over some of the lines (particularly at Awkwafina and Ken Jeong’s lines). My friend and I were literally whisper-screaming when we recognized places in the movie, which never ever happens. The acting was fantastic. Everything was fantastic. Gimme the sequel, please.

How was your September and October? Have you watched anything that I watched? What TV recommendations do you have for me? Was there anything here that you loved/hated?