Well I lied, I got them in September, but let’s pretend they’re new, shall we.

I’ve been meaning to get this done and up ever since I saw it on BooksandLala’s channel, but I kept pushing this further and further back until I ended up scheduling this for January.

Not gonna lie, I did it because of the shiny, new New Year aesthetic .

I just want to say that no matter how big, small, or perhaps non-existent your personal book collection is, whether you have a bookshelf or not, etc. does not give anyone the right to not validate you as a bookworm.

You are a bookworm so long as you read and like reading books.

Let’s get to the tag.

1. How many bookshelves do you have?

I have 2 bookshelves. They are (if I’m not wrong) white Billy Bookcases from Ikea (?), and I got them on Carousell.

3. How do you organize your books?

I organize my books by genre, and within that, alphabetical order (the author’s last name). I used to have them arranged by age range, then by the author(s)’ last name, but found it too boring, so I rearranged them! Simple.

4. What is the oldest book on your bookshelf?

Probably the Selection series or Sherlock Holmes the Complete Stories? I have a lot of old books but since I moved I could not find them though, which is honestly breaks my heart a little. 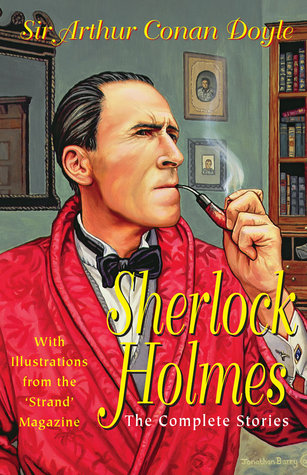 5. What is the newest book on your bookshelf?

My newest book is Queen of Air and Darkness by Cassandra Clare in the pretty Waterstones Edition! To my eternal shock, I found this in my local bookstore and may have screamed  a little.

Yes, I could’ve taken a photo, but I’m a lazy bookworm what can I say.

6. What is the longest book on your bookshelf?

For sure, Sherlock Holmes: The Complete Stories, at 1,402 pages. Holding this up and taking the picture hurt my arms so much though. And yes, I’ve read it. I’m so proud of myself.

7. What is the shortest book on your bookshelf?

The shortest book on my bookshelves is Fantastic Beasts and Where to Find Them (the book, not the screenplay) by J.K Rowling under the alias of Newt Scamander (aka my soft socially awkward Hufflepuff cinnamon roll), coming in at 85 pages. Tea: these older Hogwarts Library Editions are so much prettier than the new ones, IMO.

8. What is the predominant genre on your bookshelf?

Surprisingly (but also not so surprising at the same time) it’s fantasy, followed by contemporary? It’s all because of the Shadowhunters series – they have their own shelf, for goodness sake.

The Shadowhunters books casually basking in its full glory

9. Have you done a bookshelf tour?

Nope. I think it’d be way too exhausting for me to keep up with, but I’ll be doing a mini one in this post so you can keep going if you’re interested!

10. Go on a random number generator and talk about the book that corresponds with that number. https://www.random.org/

Okay, so I got the number 40, which corresponded to Dress Codes for Small Towns by Courtney C. Stevens. I bought this in England on a whim, since it came recommended so highly by, you guessed it, Lala. I’m pretty sure it’s her favorite book of all time, and I still haven’t read it, oops. Do any of you have it on your TBR?

11. Do you have fan merch or any other decorations on your bookshelf?

No. Though I (ever so slightly) prefer a more maximalist approach, I find that I don’t need very many fancy decorations, and I don’t have space for them anyway.

12. Show us your bookshelf!

After having read a post about my bookshelf, it is finally time to reveal my bookshelf in its entirety, and here it is. Ta-da!

featuring other parts of my bedroom

I’m also going to take the time to show you individual shots of each shelf, except the bottom shelves, since those are basically empty and/or partially filled by schoolbooks, which just isn’t fascinating enough to justify having a picture of its own, so.

Something else about my bookshelves: I get bored of having the same look after a few months, so I typically tend to switch the book showcased on each shelf after some time.

My first shelf: the Shadowhunters shelf. As I acquire more Shadowhunters books, this is gonna have another shelf to itself. You’ve already seen this, so moving on.

Shelf number 3: my contemporary shelf. If I had to choose, this would probably be my favorite shelf. I just love contemporary so much.

This is where I realized my sci-fi/dystopian collection was a little larger than I thought? Also, some classics, WHICH MATCH YAY.

Here are where my historical fiction/non-fiction and mystery/thriller live! A fairly small collection, but yeah.

Here is where I basically keep the miscellaneous books that don’t really fit into a particular ‘genre’, for me? A lot of these are either childhood books, gifted books, and books I’m vaguely or not interested in. I should probably unhaul some … but they were gifted to me and I feel bad getting rid of them?

How have you organized your bookshelves in the past, and/or for the New Year? What is your typical manner of bookshelf organization? Have you done a bookshelf tour before, and what are your thoughts on them? Let me know down below.