The first month of the Roaring ’20s is over!

January was an insanely busy month for me, and I genuinely had so many things happened this month. It was a huge blur that went really fast, but also really slowly at the same time, if that makes any sense? But I was able to read a bunch of really solid reads (albeit all from the same genre).

Let’s just get into this truly chaotic month, shall we?

Loveboat, Taipei by Abigail Hing Wen ★★★★★ (4.75 – 5?? I’m not sure) // My first read of the decade and ahhh I loved it so much! I binged this in a single day (literally the day before school started which is. Uh. Questionnable) but this was so much fun and so entertaining and the characters were great!! Also, Taiwan and the culture was absolutely fantastic. My only gripe with it was that it was way longer than it needed to be, imo? But now I’m just craving Taiwanese food and Taiwanese bubble tea so that’s great!

The Anniversary Party by Cassandra Clare ★★★☆☆ // Not the strongest of the stories so far, personally – I found it very run of the mill, your basic ‘meet the characters’ kind of story but it does set some stuff up well? I guess?

We Used to Be Friends by Amy Spalding ★★★★☆ // We genuinely need more friendship break-up books in YA! They are seriously so lacking and like this happens in real life, so representation please. While this was SO heartbreaking to read and I got so frustrated at Kat’s self-centeredness, it made me do a lot of self-reflection and musing in general and just really played with my feelings. It was absolutely great and heartbreakingly realistic, though.

Lucky Caller by Emma Mills ★★★★☆ // If you didn’t know, I absolutely adore Emma Mills and everything she writes! I’ve read all of her books except her debut (which needs to change) and I’ve always loved her writing and her portrayal of friendship groups! This was admittedly not my favourite Emma Mills book, but it was definitely a solid one and I just loved how realistic and wonderful the characters are. While there were a few things left unresolved that had me feeling iffy, I just love the atmosphere of Mills’s books so, so much. Also, give me all the childhood best friends to lovers stuff. I am TRASH.

Clockwork Angel by Cassandra Clare ★★★☆☆ // This was a pretty underwhelming re-read, in my opinion? I do know that the books get better and better as they progressed, but since I have re-read a lot, I don’t have much to say except. Wessa. Even though he’s not exactly nice to her. And the setting! Yes, please.

Tweet Cute by Emma Lord ★★★★★ (4.75) // Oh my gosh this was so cute and wonderful and so wholesome and I loved it a lot? The writing was funny, cute and so realistic, and I just loved how grounded in reality and school the whole story was in. I loved the characters and the online aspect of it and how everything came together, I guess? And the food part, I suppose? While I do wish that it would have been wrapped up in a more neat manner, this was just so great and I loved it a lot.

While ya girl was definitely late and a little inconsistent with blogging at the beginning and the end of January, she managed to get up all her 2019 content up, so you can see that, at least?

I still, uh, did not finish uploading my End of Year content until February. So like … yeah. Yikes.

While January wasn’t a great month in some respects, it was successful for music! I had already begun getting into and really enjoying Clairo’s music in December, but January was where I absolutely fell in love with her music. And obviously other tracks too, but January really was Clairo month and we have no choice but to stan.

I decided to re-watch this film years later on a whim, and it was such a good decision. This film has suddenly become a film that I absolutely adore and has crept its way into my favourite lists and my heart (despite some of its dated, misogynistic behaviour and attitudes). It has me wanting to watch more of John Hughes’s films (any ideas where to start?) and for a movie that is 35 years old, its portrayal of teens/adolescents is still deeply touching, personal and relevant. The way it showed that teens are people with flaws, pains and a complex life was just heartbreaking but also wonderful. (Oh my god, the scene of the five of them talking together still breaks me a little) The character dynamics and the take down of stereotypes absolutely have my heart, and this movie just makes me so happy. Especially that dancing sequence. This movie deserves its place as a culturally important and significant movie, and I am grateful for what it has done for teen films and how the voices of teens are now being taken more seriously, because they are needed. 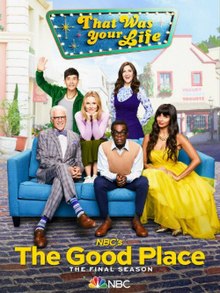 You guys!! This show. Oh my god. It’s actually over. I am truly speechless. While I’m so sad to see it go, this season was definitely on the stronger side, and I absolutely loved it. While I feel that some plotlines completely went down the drain and was discarded a little too quickly for my tastes (suspicious disappearances? It was weird) in order to wrap up the show, it was done so well. The ending episode was absolutely brilliant and encapsulates the show so, so well, and my emotions ranged from dying of laughter to trying not to cry. Truly a masterpiece and a show I won’t forget for a very, very long time. If you haven’t watched this show, please do yourself a favour and watch it!

I hope you all have a wonderful February! Love you all so much ❤

One thought on “Jan ’20 Wrap Up // The One Where It’s the Roaring ’20s, Found A New Favourite Artist + Had A Tumultuous Life Month”