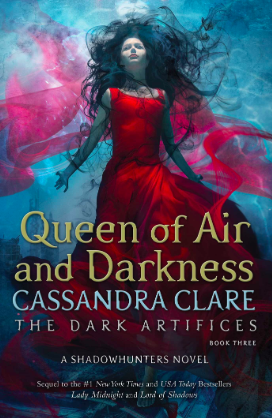 My tl;dr version of this whole review:

This was in my top five most anticipated releases in 2018, maybe even in the top two. I had such high hopes for this, and this book did not even come CLOSE to them.

Queen of Air and Darkness is the final book of the Dark Artifices trilogy, and boy was it a hot mess of chaos.

Though I did have problems with this, I did enjoy and do not regret my time reading this. In this review, I’m just going to be breaking down my review with different sections, with one section focusing on a particular overarching thought I had on the book. This is a fairly common reviewing tactic, but hey, ya girl’s still experimenting.

There will be spoilers mixed in with this review, for Queen of Air and Darkness (which will be in white text, and that you highlight to see – thank you to Elise @ The Bookish Actress for that idea! You should also check her review out, which will be better than mine will ever be!) as well as for Lady Midnight and Lord of Shadows (which I’ll try not to mention, and even if I do, I will mostly not hide them).

So, if you haven’t read this, come back and we can chat about it!

I’ve been reading the Shadowhunter Chronicles and the Dark Artifices for years, and when it comes down to it (for all the series, except for TMI), I read it because I genuinely care and am invested with what is happening to the characters. Coming from a fairly small family myself, the big, bustling Blackthorn family was something personally really interesting to me, and they are all so wholesome and precious and must be protected at all costs.

Emma Carstairs is a badass and a much better version of Clary Fairchild (oof. but for real, Clary had a personality of a cardboard box). Julian Blackthorn is a super intriguing, yet questionable anti-hero. Getting to learn more about each Blackthorn family member, their interactions with each other and such, was incredibly enjoyable and something which I loved.

Also, I have to say that I was not really a fan of the TMI Cast being back and so present? I did like the Mortal Instruments back in the day, but when I reread City of Bones last year, found it to be really mediocre. It just felt so much like fan service and relied too much on nostalgia.

Another thing this book and characters made me feel? It nearly made me cry at a family gathering on Christmas Eve, which was NOT cool in the least and probably embarrassing if I did. Stop, my feels are hurting .

This book is literally 900 pages long, and yet very little was resolved. This did not feel like a conclusion, but it feels more like a bridge book, which was not what I got. I was looking for a Clockwork Princess-esque conclusion, with everything nicely wrapped up, with a few open ends, not a City of Heavenly Fire conclusion, but we ended up getting a City of Heavenly Fire conclusion anyway? I ended up being surprised at the number of plotlines that were just not resolved in any way at all? Am I like the only one who is not that hyped for the Wicked Powers, and am more invested in the Infernal Devices and the Last Hours? Like, I can wait out the three-year wait and be fine with it.

Before I fully get into this point, I think it is impressive that Cassandra Clare managed to at least somewhat juggle so many points of views (which is like what, at least 20-30+ characters? Man …) However, it doesn’t come without its problems. This book has a tendency to jump perspectives and for you to go along with it, which I wasn’t 100% on board with. I found that the switch in perspectives did have a tendency to be very abrupt and quick, especially when I wanted to know more about that particular plotline. And in a 900+ page book, it could get pretty exhausting and tedious to keep track of.

Thule to me is a symbol of fanservice which I tend to find annoying. I don’t know whether this was exclusively a me problem, but sis, this has only worked for me once, (in Jane, Unlimited, which I loved but back to the point.)

Not only was a boring, yawn-worthy drag, it also took up one whole section of the book. The alternate dimension plot device also came off as really cheap and relied far too heavily on nostalgia. [Sebastian Morgenstern can also burn for all I care, lmao.]

Can we also just look at how this did next to nothing to genuinely contribute to the current plot, until the end, when it was used for setting up the Wicked Powers?

It also really doesn’t help that I prefer more realistic plotlines over supernatural/science-ish plots. There’s a reason why I watch modern, realistic shows and that my favorite genre is contemporary. I truly missed the more “realistic” (well, in terms of fantasy) plotlines of Lady Midnight and Lord of Shadows, which I overall preferred.

Quite honestly, I wish this didn’t happen. By cutting this out, we could’ve cut down a significant chunk of the book, focused on previous plotlines that were set-up in initial books (which I’ll get more into in other sections) and just have a more entertaining book all in all.

I’m super bitter about this being a thing. 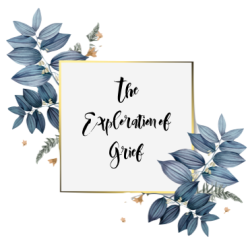 This was one of the best parts of this huge tome. One perk of the book being as long as it is: it GORGEOUSLY goes into a detailed exploration of how each character close to Livvy dealt with their grief. I read somewhere that Clare was writing this in the wake of a loved one’s death, and it shows, through how raw and clearly close to home this was.

You have Mark, who has mourned Livvy once during the Wild Hunt, and feels like not only does he have to mourn a sister who has he has just started to know, but now having to mourn a sister who he barely knew due to them being separated for five years. Julian’s grief mirrors a parental figure’s grief of their child since he as basically Livvy’s surrogate parent who raised and looked after her after the inability and incompetence of the people who were meant to be looking after her. You have Emma’s grief, where she tries to pick herself and her other loved ones back up, just is trying to be helpful and goes into a rut of doing routine activities. (Also that laundry scene. Oh my god, I’m so close to crying.)

You have Dru and Tavvy’s grief, where they have lost a beloved older sister, and are trying to help, yet don’t know what to do, so they often find themselves being excluded. There’s also Helen’s grief, where she is trying to mourn a younger sister who she barely knew due to her exile to Wrangel Island. Kit’s grief is different, being that he is grieving for a friend and also trying to help Ty through his own grief. And Ty’s grief … I have no words. My soft, precious boy losing his TWIN?

Overall, I thought this theme was done so beautifully, wonderfully and respectfully well. This was honestly one of the best explorations of grief I’ve ever read, and I appreciated how it used a variety of different avenues to explore this theme.

Even though Clare is a cis white woman, I do appreciate how diverse the Shadowhunter cast is, and wanted to put in a quick point about it. Frankly, she is doing better in this market than a lot of cis white women have done/are doing.

Though Emma and Julian are cis, white and straight, there are a slew of marginalized side characters. In this series itself, Cristina is Mexican and Latina, Mark and Helen are bisexual (please correct me if I’m wrong), Ty is autistic, Diana is transgender. Please let me know if I’ve missed anything, these are from the top of my head! Any help on that would be very much appreciated ❤️ 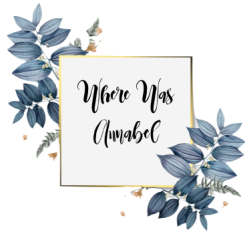 Something really disappointing in this book was Annabel Blackthorn’s lack of presence in this tome. Annabel is the character featured on the cover, yet she barely has a presence in the book. With all the build-up from Lord of Shadows, and leading up to this book’s release, you would’ve expected her to have some sort of focus in this book.

But no, instead [she looks after Ash, is taken over, was taken over by an Eidolon demon and basically … dies? This ain’t it chief.]

I strongly believe this book should’ve delved into her backstory, her motivations and such (even though I’m still not happy with her doing THAT in Lord of Shadows) and properly explored. I really think this book would’ve been so much better if they had that clear focus, develop her character instead of focusing on Thule .

Can you tell I’m very salty about Thule being included, and Annabel … being basically ignored until she’s needed? Yikes.

I’m just so incredibly disappointed. All that wasted potential and build-up is making me really sad.

We’re just going to get this fact out of the way: I hate Zara Dearborn, [and I genuinely wished she died] thanks for coming to my TED talk.

Although the epilogue/ending wasn’t my favourite and it didn’t make me feel as hyped for the Wicked Powers like everyone else who read it, it was an objectively very shocking and creative ending, [but why are we going to have two Jaces, sigh] I do have to say that Cassandra Clare is very good (sometimes, a little too good) at building up events and setting things up for future installments. 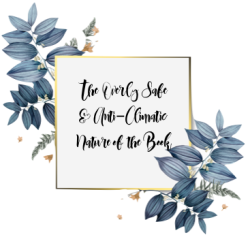 Ah, the biggest reason my rating for this was significantly lowered. The conclusion for the current plot I have been reading the Dark Artifices since it released in 2016, and have waited for about 2 and a chunk (maths isn’t a strong suit here) years for this conclusion.

I wanted higher stakes for this book, which I clearly did not receive. When the tagline of this book is everything changes forever or something along the lines of that, you expect things to be complex, complicated and heart-pounding? But no, that did not happen. My predictions and theories ended up, let’s say, being riskier than the actual text, which was incredibly disappointing.

Previous, fairly built-up plots from Lady Midnight felt brushed over and pushed aside at the last minute, [like how Clary’s dying plotline was resolved, with THULE smh, but like, everyone knew that there was no way Clary was gonna die, the giant breaking the parabatai curse *sigh*].

There was also [very little character deaths? After the brutality of City of Heavenly Fire, we all know that Clare has the capability to be ruthless, so this was a very tame conclusion, honestly]

The whole wrap-up felt lazy and cheap. Many of the plotlines that should’ve been solved were either solved in an anti-climatic manner, brushed off or (that rare time) actually adequately solved. Cassie Clare is very good at conclusions, but where was that skill? Where was the satisfaction? Why.

Have you read Queen of Air and Darkness, and if so, how did you feel about it? Do you agree/disagree with my thoughts, and why? Are you interested in, or have read, the Shadowhunter Chronicles? I’d love to know.